#IDARB, Brothers: A Tale of Two Sons and Sniper Elite V2 are the free offerings for Xbox owners in February, as part of the Games with Gold promotion. 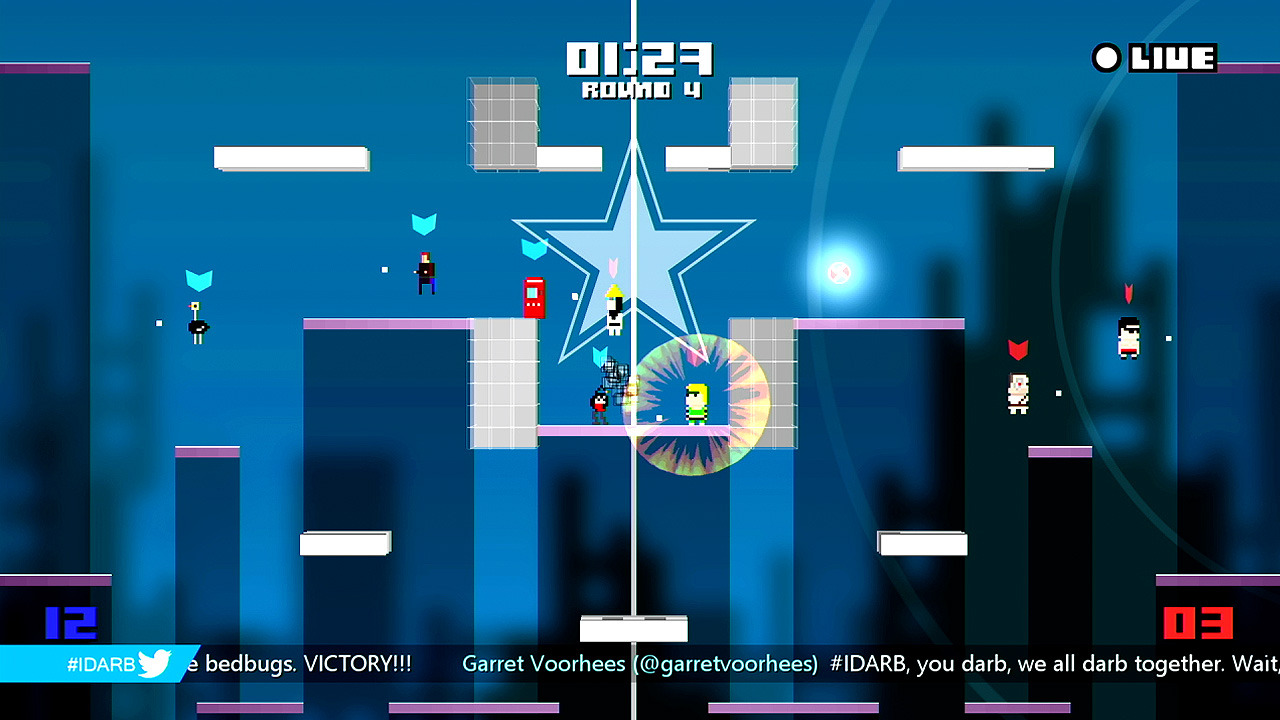 It Draws a Red Box (otherwise known as #IDARB) is a stunning conglomeration of game types built into one title. Part platformer, part hockey, part fighting game, and part party game, #IDARB features tight controls and a frenetic, eight-player local co-op core that makes it a blast to play offline or online.

The game was built based on suggestions that developer Other Ocean Interactive received from fans on Twitter, and includes some truly unique game options, including the ability to make your own music, characters, and spectator interaction with real-time games via social media.

One of the most exciting things about the game is that it’s ever-changing, and the developer has promised to continue adding new content, characters, and even gameplay elements over the course of #IDARB’s life cycle.

Brothers: A Tale of Two Sons

Brothers: A Tale of Two Sons is a powerfully emotional tale of two young men struggling to save their father’s life in a medieval fantasy world. They must work together to overcome obstacles of the physical and magical variety – facing down angry giants, insane cultists, and a town seemingly frozen by snow in an instant.

Brothers: A Tale of Two Sons presents a vibrant world, which the titular characters discover just as surely as they discover how powerful the bond between siblings can really be.

Brothers: A Tale of Two Sons scored 95% in the Console Monster review.

Sniper Elite V2 is a third-person shooter that places you at the midst of World War II, trying to put an end to Germany’s V-2 rocket program with nothing but your wits and your handy sniper rifle. Stealth and a steady trigger finger are what counts here, although a bevy of items and upgrades transform the game from a simple stealth shooter to an open-ended adventure.

Sniper Elite V2 also features a robust cooperative multiplayer mode that sees players working together, which adds a lot of extra depth to the game.

David Wriglesworth is a Northern lad with a passion for gaming, who graduated from the University of Lincoln with a BA (Hons) Journalism degree. If you can drag him away from the consoles, you can probably find him Tweeting or watching Coronation Street.
PrevPreviousXbox One controller to receive firmware update
NextLEGO Jurassic World and LEGO Marvel’s Avengers announcedNext