When Sackboy first invaded our consoles with Little Big Planet it was in the form of a platform game that held great depth and accessibility for user generated content. Over the course of its existence over three million levels were created and anyone that has experienced these first hand will adder to its overwhelming success. With Sackboy’s return the tagline has been changed from ‘platform game’ to ‘platform for games’, and rightly so. Little Big Planet 2 offers everything, and I mean everything, from the first and oh so much more.

There are two types of players when it comes to the planet of littleness, those that like to create, share and experience the vast library of creations available online and those that simply want an adorable and enjoyable platform adventure. If you fall into the second category of player you’re missing out on one of the friendliest and accessible gaming communities available, particularly to console gamers. Not only that but you’re likely going to feel let down by the experience of the game’s campaign adventure, particularly if comparing it to that of the original. Feeling more akin to a lengthy tutorial than the varied addictive platform antics of the original, levels will have you changing genre and gameplay mechanic so frequently that it’s a challenge to find your feet.

The self contained campaign mode can be enjoyed alone or with 2-4 players, both online or offline. Right from the offset the stage is set for the story to follow, via in-game cutscenes playing out at various moments in most levels. Starting out as a fresh faced Sackboy rusty from the trials of the previous two titles (PS3 and PSP) you encounter “The Negativitron”, an inter-dimensional vacuum cleaner set on sucking away all of the world’s creations. Thankfully a group known as “The Alliance” offer refuge and present a plan to save the day. From here on out you’ll be visiting numerous planets that typically teach new gameplay mechanics and set their themes around these.

Core gameplay, outside of custom control mechanics and genre bleeding level creation, is that of a simple platform. Moving on a 2.5D plane you must get from A to B, able to grab to manipulate the games quirky physics and jump to overcome obstacles. As a core platformer Little Big Planet 2 houses the same floaty sliding character physics that upset many with the original game’s release, so be warned if that included you.

Describing the new additions to Little Big Planet 2 would be like describing the possibilities of 2D over 3D, as with the vast array of new tools and genre possibilities the choices are endless. Working as an interactive tutorial and endless examples, in the campaign you’ll find such levels as side scrolling shooters, pool, basketball and even the odd rabbit riding. This level variety available demonstrates the possibilities to extend outside of a simple platform experience, although this is still the focus of much of the campaign, only this time with numerous additional tools! The “Grabinator” for example allows Sackboy to pick–up items and throw them across the screen (including your team mates), whereas the “Creatinator” is a hat which can fire various items in a specified direction. The best though comes with the grappling hook that allows you to attack to various items and swing around the environments, which can be extremely tricky in some of the games puzzles, especially a few choice boss fights.

The core campaign mode can be completed in a handful of hours, although that is without competing for highscores or the game’s various pins (challenges), including three for each level (no deaths, collect everything and completion). There is certainly enough to keep you busy, and unlocks alone are more than enough incentive for completion as they open up the range of possibilities for creation, be it your own levels or simply customising your Sackboy avatar with a range of different clothing accessories.

Overall the game looks stunning, with an extremely charismatic style that oozes charm. Levels and planets have great variety to them and given the level of customisation available all over the game, the style depends solely on whoever is in control of it. Sadly the audio offering isn’t quite up to that of the original, featuring far less catchy and memorable backing tracks, and whilst there is room for custom created tracks they don’t quite fare in comparison.

Jumping into games creation you’re given your own planet and moon. Both of these are customisable, with your planet representing your released levels that others can visit and moon for more in-development work. Creating a level works in an extremely intuitive and accessible way, having you placed into a blank world as your Sackboy character, only floating with a widget that can be changed to numerous varied and deep tools. Level creation can be as simple as selecting a shape and material, then doodle some form of structure. On the same hand it can be complex to the point where entire alternate games can be recreated brilliantly, such as one particularly impressive complete remake of Zelda for the NES.

For those new to the series there are an overwhelming number of tutorial videos that cover each and every aspect in great deal, allowing you to start at a novice and work your way through the more advanced toolsets as you develop your skills. Being impatient and a talentless oaf the levels I’d managed to create are lacklustre at best, although I have no qualms putting that solely down to my own inability.

All of this hard work, or in my case messy play, pays off when you finally publish your finished work with a few easy clicks, or skip the creation part entirely and instead jump right into the hive of creativity in the community. Levels are quick and easy to filter through being able to quickly select developer highlights, or specify personal tastes with text or vote count. When you’ve found a level that tickles your fancy you’ll be in within moments. Once finished you’ll be able to quickly score the level, and even provide a detailed review.

The appeal doesn’t come in the form of the game’s sheer accessibility or variety, as attractive as they are, but instead the breadth of content available. Media Molecule saw fit to carry over the vast majority of user generated content from the first Little Big Planet, a decision that extends Little Big Planet 2’s replayability beyond that of any other title from day one. With so much bang for your buck, why wait? 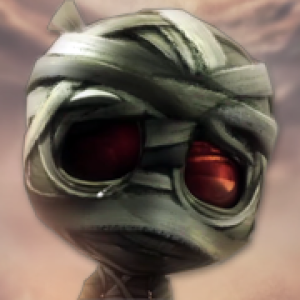 Reece is an obsessed gaming fanatic that finds enjoyment from any console. He began to enjoy games from a very young age but the addiction did not consume him till the days of Zelda â€“ Link to the Past. Currently he is himself trying hard to break into the gaming industry, as a young programmer whilst also forcing his opinions onto the gaming population.
PrevPreviousHKS Racing Controller Review
NextHKS Racing Controller ReviewNext