If it wasn’t for the arcade game Golden Axe, I doubt I would be as interested in gaming as I am today. Heck I might not have even become a journalist! The original Golden Axe managed to open my eyes up to a world of immersive imagination of wonders and all for just 20p a go. I fed coins into that arcade machine faster than a speeding bullet and all just to satisfy my lust for adventures into bizarre yet wonderful worlds.

With such a fantastic legacy, my nerves started to jangle more than just a little when I heard Golden Axe returning in a whole new hack and slash adventure. So we have to really consider what made Golden Axe great in the first place, however we have to stop right there. Golden Axe: Beast Wars is more of a reinvention than a complete homage to its much older relative. Yes there are likenesses dotted throughout the game, you may even recognise some mischievous thiefs, but unfortunately the similarities almost come to a complete stop after that.

Golden Axe: Beast Wars follows one solitary individual this time around and not the original selection of three we loved, but for fans of the previous games will be certain to remember Tyris Flare. Many of you will remember this Amazonian female very well. You might have even walked her to the top of the screen just to see a nice shot of her tantalisingly close to fully revealed pixelated buttocks swaying as she walks, but I digress. You control this lovely lass (although her clothing isn’t half as interesting as it used to be!) around a rather bleak and depressingly bland surrounding with the ultimate goal of seeking retribution. There are a few cut scenes and even old friend Gillius makes an appearance, but even he sounds wrong and even by this early point in the game, you will have stopped caring. Death Adder also makes a welcome return, but that is where the excitement ends.

Although the beasts re-appear, they are also re-invented. You can swish your tail, breath fire and completely new abilities such as appearing invisible (if you forgive the following pun) appear as well. Is it as satisfying as the original arcade game to control these magnificent beasts? No chance! Maybe I am being a little harsh here, they are mildly entertaining to control and certainly break up the complete and utter boredom the rest of the game suffers from, but it becomes nothing more than a passing fancy. The beasts are varied, yet still don’t match what I had hoped for.

Golden Axe: Beast Rider as I have said already is a hack and slash game. These types are often prone to repetition and boredom unless the developers have been very clever with the story, the on screen antics and the core gameplay. Alas for this game, it fails on all three accounts. This title has about as much devotion from the player as you would have for something that you found on the bottom of your foot all horrid and sticky. It fails to peek your interest in the main character, it fails to show any half decent plot elements and fails miserably on gameplay enjoyment.

The game becomes a complete and utter bore fest of learning how to counter attacks by watching whether the enemy has an orange or green attack. They actually light up! This instructs you the player to use one of two systems. You either block or avoid. The result is similar to playing a kids game where coloured lights instruct you to press a button when you are about 5 years old. This is not just uninspiring, but also reminds you that this is not what Golden Axe is about and could have been so much more!

Maybe as a last ditch attempt to make the game interesting, the enemies make often disgusting splatters when killed. You can watch the bodies separate and blood will just ooze out like a small river in front of your eyes. It is nice to see the graphical power of this next generation console put to use somewhere as it isn’t really used to any effect elsewhere and even here its just over the top nastyness.

Enemies are your usual affair of complete dummies that just flock towards you to die and others that have stronger attacks that require a little more cunning. Boss fights (if you dare call them that) are also run of the mill and even every boss feels the same.

Magic also makes a re-appearance and again I can’t help but think back to the original. Tyris Flare had an amazing dragon that flocked from the sky to destroy your enemies when you had collected enough magic (which took some time). What do we get in Golden Axe? A few measly blasts in varied styles that pales in comparison to what we had back in the good old days.

Can it get any worse? Yes alas it can…

Every part of the game follows a very strict path of searching for objects to light, objects to find and in a more bizarre twist to open certain doors you actually kick an enemy into the spikes surrounding a gate. If you haven’t punished yourself enough by this point, you can also hop back to completed levels and improve your score, but honestly I can’t think of anything worse.

Golden Axe is a hard legacy to follow and unfortunately for us avid fans of the series, we will have to wait even longer for a real follow up to appear that will satisfy our memories of happy days gone by. Golden Axe: Beast Wars is tremendously average, boring and drab, with an opportunity completely missed. They have obviously tried to re-invent something that didn’t actually need re-invigorating. All it needed was a little work and a lot of love. Instead we end up with this pile of mediocrity that punishes any previous fans of the series for daring to have faith and any newcomers will simply look away and turn to much richer alternatives.

There is a lot of good that can happen when games turn to the 3D realm, but here 2D is still king. The original Golden Axe is available almost everywhere these days and this is about a thousand times more fun than this poor excuse. Even the 2D version has co-operative play, which this latest title severely lacks! If you want a good hack and slash by SEGA, get Viking: Battle for Asgard, but never let your eyes stray to this title. You will be more than just a little mystified and needless to say terribly depressed! 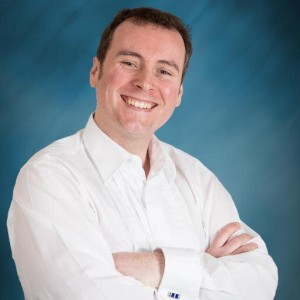 James is a Freelance Journalist specialising in gaming and technology. Ever since he experienced the first controllable pixel movement on the television screen, he has been entranced by the possibilities and rewarding entertainment value generated from these metal and plastic boxes of delight. Writing hundreds of articles including commentary and reviews on various gaming platforms, while also interviewing well known industry figures for popular online publications. James has experience in classic game music MIDI enhancement. DVD and HD Video capture, editing, scripting and creation. Podcasting, Internet Radio DJ and Musician.
PrevPreviousAvatars to be added to old XBLA titles
NextDead Space ReviewNext