Most PS3-owning RPG fans will be familiar with From Software’s 2009 dungeon-crawler Demon’s Souls. Quite how familiar will depend largely on several factors, including the individual’s pad skills, patience and ability to handle extreme levels of stress and anger. To call it hard would be to belittle it in some way, as it isn’t simply hard – Vinnie Jones dipped in adamantium and encased in granite is hard. Demon’s Souls is an out and out bastard – and From Software and publishers Namco Bandai are continuing the same trend with the not-quite-sequel, Dark Souls, the most punishingly-hard Action RPG you’ll play this year.

A World of Hurt
Possibly set in the same universe as its spiritual predecessor, Dark Souls is perhaps the first ever role-playing game not to be fleshed out with lore and backstory. There’s very little exposition or context, with the intro movie telling a particularly well narrated tale of the Age of Ancients, when four not-very-golden heroes used powerful magic to vanquish an all-consuming race of huge stone dragons, simultaneously saving and damning the world. Now there are those born with the Darksign, who become Hollow upon death and are sent to a place called the Undead Asylum where they await their own world-saving destiny. Or something. Frankly, there’s very little detail given throughout, and the titbits of lore revealed in item descriptions don’t do very much to help.

But it all seems to work anyway, thanks largely to an incredibly palpable atmosphere. The gameworld feels ancient; every flagstone feels well-trodden, every passageway feels as though someone has been down it before, every horrific demon and towering monster feels as though it belongs, and each and every encounter weaves its own backstory. Dark Souls is very much you’re story, a game that builds a thrilling, compelling narrative around your actions without ever having to resort to a single line of exposition.

It does this partly by keeping you almost permanently on edge – not by throwing wave after wave of enemies at you a la, say, God of War or Darksiders, but by making every new bad guy – even the little ones – a genuine challenge requiring concentration, patience and skill to overcome. The combat is exceptionally well-balanced; the game might throw a sixty-foot, nine-headed hydra at you, but it gives you the tools and the moves to take it down.

Abandon All Hope, Ye Who Enter Here
The tagline on the box is “Prepare to die”, and it’s not just hyperbole – you will die, repeatedly, sometimes excessively, sometimes undeservedly, but always fairly. Mastering the art of backstepping, blocking, countering, backstabbing and rolling is only one part of it; understanding the effects and properties of the hundreds of weapons and items, and accepting that it’s not a question of trial-and-error but of giving every fight your best shot and learning from each death are equally important. You might only learn for the eighteenth time that your character can’t fly – but at least now you know there’s a hundred foot drop where you just tried to plant your clumsy size 9s.

Any death at any time will see you sent back to the last checkpoint, here presented as bonfires where you can replenish your health, refill your limited supply of regenerative Estus Flasks or level up, amongst other things. All currency in the game, be it for experience levels or bartering, is measured in souls gathered from fallen foes. You carry all your unspent souls at all times, and a death will see you drop them in a little glowing ball on your bloodstain before returning as a rotting undead cadaver – albeit with all the same stats, attributes and equipment. All the enemies (except certain unique monsters and bosses) will respawn, and if you die again on your return to the bloodstain, a new one will replace it and completely erase that previous soul-count. At later stages it’s incredibly high-stakes, when you’re trying to fight through an army of über-baddies to a bloodstain containing thousands and thousands of hard-earned souls. It’s a system you soon become accustomed to, which forces you to treat every area and enemy, new or old, with respect.

Choose Your Own Adventure
The gameworld is completely open from the get-go, but although you’re essentially free to explore there is a certain progression through the game that will make things (very slightly) easier – unfortunately From Software don’t believe in handholding or signposting, so you’ll have to work out your own path. Killing bosses and exploring will usually reveal a key to a new zone, whilst shortcuts hidden literally everywhere will make it easier to get from area to area.

Character development is interesting in that you’re free to create whatever avatar you like. After selecting from ten starting classes complete with their own skills, equipment and gifts, you’re able to spend your souls on whichever abilities you choose. Want a heavily-armoured sorcerer, or a warrior tough enough to wield a pair of great axes in nothing but his loin-cloth? Both are theoretically possible – though unlike many other RPGs, it’s actually a good idea to generalise with a small range of attributes, upping strength and endurance to enable you to wear better armour and swing heavier weapons, and increasing either dexterity or intelligence so you can equip either a bow or a catalyst for magic-using to give yourself a much-needed ranged option. Either way you go, careful planning is required for almost every area of Dark Souls, from combat and equipment to character development and your path through the world.

Thankfully the online element, carried over almost blow-for-blow from Demon’s Souls, is incredible. It’s persistent, and weaves the multiplayer element through the campaign in such a way that you feel naked playing offline. At any given moment you may see a ghostly phantom sprinting past, sitting at a bonfire or fighting an enemy that isn’t there. Those phantoms are other players, engaging in the same nerve-jangling adventure you are, who can likely see you standing there gawping like a target dummy. With the right item in your inventory you can leave messages (seen around the gameworld as bright orange symbols), to warn players of an enemy, treasure or trap – or simply to mess with their heads.

Provided you’re in human form (having spent a “humanity” point at a bonfire to revive your undead body), you can summon other players into your world to help with a particularly tough boss – or you can be summoned by them. You can’t choose to play with anyone on your friends list and there’s no party chat – even when aided by other players the sense of being alone persists. It’s integral to the atmosphere and something From Software are keen to ladle on nice and thick.

Prepare to Die, Cry and Retry
Whilst the graphics are largely beautiful and the various game areas literally ooze with ambience, there are occasional frame-rate issues – which are understandable considering the size of the world, the lack of loading screens and the persistent online element. That aside there’s an attention to detail on display, particularly in the character design, that’s simply exceptional. Likewise, the various areas ranging from deep dungeons and filthy sewers to haunted forests and abandoned churches are wonderfully diverse. And the bosses, well, some of them must be seen to be believed.

One thing that should be kept in mind is that Dark Souls is not for the faint-of-heart, and casual gamers without a mountain of time and patience need not apply. There are occasions when calling the game “cheap” is not entirely unfounded, but even at these moments perseverance and planning will carry you through eventually – even if it means going to a different area and returning when you’re tougher and more practiced.

Fantastically well-crafted, unbelievably atmospheric and impeccably balanced, Dark Souls will test your patience and your skill repeatedly, but the rewards are more than worth it. Very few games offer the same feeling of accomplishment, with even relatively-minor victories eliciting frantic air-punching. Don’t approach Dark Souls expecting that all us reviewers are simply rubbish gamers making out that it’s harder than it is – it genuinely is nails, and a huge percentage of people who buy it won’t ever finish it. But for those gamers seeking a real, hardcore adventure in a world of hurt, Dark Souls is absolutely the best game you can choose – just make sure you do one thing before you begin: prepare to die. Trust me, it’ll make the whole process easier. 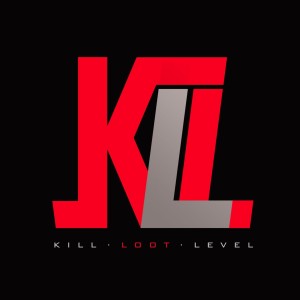 The first game Mick ever played was Dexterâ€™s Laboratory on the ZX81. After waiting 45 minutes for it to load he was hooked in moments and has been gaming ever since. Heâ€™s gone through almost every console ever released and even had a brief stint in the early noughties as a PC gamer, until he had to give it up to break his World of Warcraft addiction. Now he splits his life between loving his family, playing and writing about games and trying to sell indie novels.
PrevPreviousDark Souls Review
NextXbox LIVE Gets Stung by HackersNext