Here we go again, yet another Halo to go nuts over. Don’t get me wrong, we did enjoy Halo ODST (giving it an 80% in our review); it’s just how much more Halo can Xbox 360 gamers really take? Halo 3’s multiplayer is still running smooth, keeping up with Call of Duty: Modern Warfare 2 in the Xbox Live activity charts, and the franchise is the strongest as it has ever been. Do we really need another title so soon after ODST?

Apparently, yes. After playing 2 hours of the multiplayer beta, it became very obvious that there is still room for Halo in my life. I laughed manically as I collected skulls, jet-packed into the sky and got a strange sense of satisfaction from bashing Spartans heads in with flags. Halo: Reach’s multiplayer is fun, engaging and additive and it’s certainly different enough to warrant a new game.

While Reach will contain all the classic Halo modes you’d expect in multiplayer, there are some new offerings that might blow your Halo obsessed mind. These include; Headhunter, Invasion, Stockpile and Generator Defence.

My Personal favourite mode was Headhunter, where you collect skulls of defeated players and then take them to a drop point before being killed yourself. Simply put, collect the most skulls to rack up your score. It’s great watching players cheekily steal skulls from others in battle and then gang up on the best player to watch all their collection fly into the air like grunt confetti.

Secondly, Invasion, which felt strangely reminiscent to Bad Company 2’s Rush mode. This is a great team mode where Spartans and Elites are pit against each other on a large battlefield. The Elites capture areas which all contribute to unlocking the core gates. Then, after grabbing the core, have to hulk it back to the home point which ends the game. This gets all sorts of mental when everyone is trying to get their hands on the core, especially with the abundance of vehicles available. This mode also offers the player load-outs such as grenader or sniper. These customise your play-style with what is necessary to the situation.

Then we tried Stockpile out, where capture the flag gets a whole new look. Rather than fetching a flag from the base, players collect several flags dotted around the map and bring them back to base and wait for them to activate. Each time I got tailed by an enemy, I made sure to turn around and wack ‘em in the face with my flag for a sweet, swift and satisfying finish to their chase.

Last but not least, Generator Defence. A three v three mode of Spartans and Elites, where protecting generators is key. Kind of like Modern Warfare’s Headquarters mode, where you protect an area for a while with the other team attacking. Sadly we didn’t get much hands-on with this mode.

Apart from the new multiplayer mode types, there are a variety of new maps to enjoy and a few gameplay changes. One of which was the armour power option that pops up each time you die. Seemingly inspired from Modern Warfare’s load-out option, each time the player dies, armour powers pop up and are changeable during the match while you are waiting to respawn. These powers include a jet-pack to fly around the map, an evade roll for the elites, a sprint for the Spartans, active camo to hide and armour lock to allow the player temporary invulnerability. Each ability enhances a certain play-style and adds another dimension to multiplayer.

Last but not least is Assassinations, a new flourish finishing move that allows you to execute a sweet ending kill rather than just bashing them in the back of the head. Of course, you can still do that and I can’t help to think as to why a player would want to waste the extra few seconds to execute a more flamboyant attack than a standard assassination. I am sure reasons will become clearer later on but we saw very quickly everyone reverted back to the standard back smash.

What else is there to expect from Reach’s multiplayer then? A few tweaks to the lobby system makes the whole experience more streamlined. Queue-Joining was a personal wish come true, where you can automatically join up with friends once their current game has finished up, saving up on the odd argument there. Active Rosters that, much like Gears of War 2, letting you see who is playing Halo: Reach from the menu and join/invite them without having to use the guide button. A more expanded look at the connection options and Social Settings, where one can optimise their matchmaking by chattiness, motivation, teamwork and tone. Allowing the player a choice between Rowdy or Polite was certainly a shocker for me and I can only hope it won’t get abused. Improved veto system, file sharing and tagging. There is even an Arena mode for the more hardcore of Halo players to satisfy their bragging rights, find competition and see their season rankings.

Along with player rewards, challenges, an armoury and credits to collect, Halo: Reach is shaping up to be a more refined and exciting Halo experience. The beta starts May 3rd and you can gain access straight from your copy of Halo: ODST. Reach launches in the fall of 2010 and I’m only hoping the single player has gone under the same amount of attention to detail and changes. 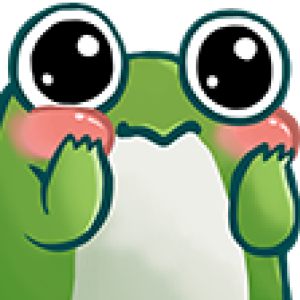 Lauren is a 21 year old obsessive gamer born in the south of England. She started off on an Amiga Commodore 500 Plus and has never looked back since. Lauren loves FPS, RPG's (Western and Japanese) and Adventure games with her favourite title being Tomb Raider. Interesting facts include Living in Japan, being on Inside Xbox more than once, being UK Xbox Gamer of the Month and being a bit of an Anime fan.
PrevPreviousMonday 19th – Wednesday 21st April 2010
NextHalo: ReachNext