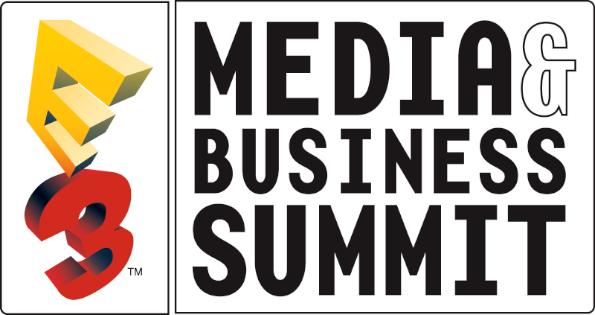 The E3 Media and Business Summit is almost here. Only one day away, it’s going to cause a lot of sleepless nights, working at all hours to provide you with all the news. I’m even going to be working, sleeping and eating on Los Angeles hours just to make it all seem that little bit less weird. But anyway, for this edition of Top 5 we’re going to do things a little differently.

This Top 5 will not be a run down of games to look out for at E3 from 5 to 1; it’s just too hard to order them. Instead, we’re just going to list 5 games you really need to keep your eyes peeled for over the coming week.

Now that’s out of the way, let’s get started.

We kick things off with the Japanese gaming giant, Capcom. Famed for its zombie games, this year’s E3 will contain more shuffling undead beasts than you can shake an umbrella at. Resident Evil 5 is Capcom’s flagship game for E3. Not much is known about the game, yet quite a few trailers have been shown. You play as Chris Redfield, who has appeared in past Resident Evil games including the original, who is sent to Africa to discover the origin of the deadly T-Virus. We also know that a character by the name of Sheva Alomar will assist Chris throughout the game. Other than this, details are sparse. The trailers have sent rumours flying around the net as to what is actually going on. Hopefully at E3 we will see something that will reveal more information.

Nothing is known of this game, except it is weird. I don’t mean a man running up the street naked weird, I mean only in Japan weird. Only could the Japanese put so many colours, flashing things and other crazy ideas into a game. Captain Rainbow even has obscure past Nintendo characters popping up in the game such as Birdo, who now appears to be male. You play as Nick, who is able to transform into Captain Rainbow, a yo-yo wielding superhero. It’s made by the same people who made Chibi Robo for the Gamecube. I don’t even know what to say about this game. It doesn’t make any sense, it confuses me, but, like a nosey hairdresser, I still want to know more. Be prepared for what is shown at E3, if anything. If what they show is as crazy as the trailer below, be warned. You will not look at Japanese games the same way again

Fallout 3 appears to be a little different from its predecessor, but it still looks amazing. Created by Bethesda Softworks, who made Oblivion and Morrowind, Fallout 3 is set in a post-apocalyptic USA, where all inhabitants live under the ground in Vaults. You live in Vault 101, until your father disappears out into the wasteland on the surface. You decide to head out of the Vault to search for your father. As with Oblivion, there is a lot of customisation of the character, especially with skills using the SPECIAL system. However, we haven’t seen much in the way of gameplay. Maybe E3 will be the time where Todd Howard, executive producer of Bethesda, does more than tease us with small screenshots. I’m hoping for a live demo.

Left 4 Dead is one that personally has me excited. I love zombie games, but many often leave out an option to play co-op with a friend and bash those zombies together. If Dead Rising had featured co-op, I would’ve hailed it one of the best games for the 360, minus the flaws it had. Valve have hit the nail on the head here. Including 4 player co-op into a zombie shooter is a fantastic idea. Valve never cease to amaze me with some of the fantastic ideas they come out with, as well as fantastic games. Let’s hope we get a playable version at E3 to see how awesome it is.

I’m excited about this game. Simple as. The flood of information we’ve been getting these past few days is hopefully just to wet our appetites for some spectacular announcement at E3. For those who don’t know, you play as Faith, a Runner whose sister is kidnapped by the government. She sets about rescuing her sister like many other games. Sounds dull, doesn’t it? Well, you’re wrong. For one, the story is being written by Rhianna Pratchett, who worked on games such as Overlord as well as being Terry Pratchett’s daughter. And secondly, it looks stunning and completely unique. Mixing parkour with the beautiful, futuristic dystopian city is a fantastic idea. I’m excited, you should be excited too

E3 will hopefully bring lots of information about the 5 games above. You really need to keep your eyes peeled for those. I know I’ve missed off such games as Fable 2 and Gears of War 2, but it is inevitable these will be in your cross-hair already and you’ll be planning to spend your time finding out more about them. But this was a list of games you might otherwise overlook.

Keep your eyes peeled here at Console Monster for more information, videos and screenshots on these games and we’ll post more as we get them.

Chris is a Northern lad with a passion for video games. With his opinions on video games and his need to force these onto other people, Chris began writing for Console Monster in 2006. Chris is a bona fide nerd who enjoys any decent game that can keep his interest. Being a keen music fan, in his spare time (what little he has) he likes to go to gigs and spends most time with some music on.