Quantum Break is currently one of the most innovative games that are in development exclusively for Xbox One. Quantum Break is being made by Remedy Entertainment, a Finnish studio which is known for its work on Max Payne and Alan Wake.

The biggest highlight of Quantum Break is that the video game and the TV show will run alongside. It is something that we have experienced in the past in an MMO called Defiance. Although Defiance failed to gain the praise of audience, the concept was highly applauded. It remains to be seen how Remedy Entertainment will create an amalgam of these two things but, the fans are already hyped for this title.

Those of you who are unfamiliar with this upcoming title, it is a third-person shooter providing a mixture of live-action scenarios and gameplay. The game will feature lots of traveling through time with the ability to control time at will.

Since Remedy Entertainment is known to create a strong storyline, Quantum Break is no exception. The game begins when a time-traveling experiment at Riverport University of North Eastern United States fails resulting in sending everything in different dimensions.

Animations have always been Remedy Entertainment’s strength and in Quantum Break, they have created seamless character animation and motion with reality-based character models. With such technology, the studio plans on taking the story-telling to a whole new level and I cannot help thinking, they will attain it.

Since Serene is the bad guy, he is awarded with special treatment and a couple of additional tricks up his sleeve. Serene cannot only manipulate time but also has the ability to see the future. Furthermore, he can see what results his actions will bear in future; putting him at an insane advantage over the rest of humanity.

But enough about the story! When we talk about the TV show, you must know that the video game will not alter the overall narrative of the show. According to the Head of Franchise Development Oskari Hakkinen:

You’ll unlock the live-action episode at the end of the gameplay episode, but you can choose when you jump into that. The best experience would be to play the game, watch the live action, then play the game some more, but if you’ve chosen to dedicate your two-hour slot to gaming and you don’t want to watch live action straight away, you can continue on with the game and pick up on the live action from your iPad or phone at a later date.

So yeah! If you do not intend on watching the TV show, no one is imposing it on you. You can play the video game all you want and come back at any time IF you feel like. And you can always see what impact your decision made on the show.

At the end of the episode, you get to play the bad guy, who has the most powerful time-manipulation powers of all. So he gets to choose which future comes to pass. You play that bad guy; you choose the moment. Then, once you’ve made your choice, you can enjoy a high-quality TV episode where you’ll see how your choices impacted certain things.

Considering the fact that Remedy is primarily targeting the gamers, this whole idea can be considered as a risk but, that’s exactly what Remedy has been doing all these years. It is certainly one of the most anticipated Xbox One titles to be released this year and I hope it will deliver what it promises. 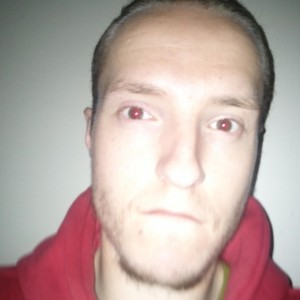 No longer writes for Console Monster... had a good journey with the team but a new horizon awaits.
PrevPreviousCan Titanfall turn around Xbox One sales in the UK?
Next[Updated] Xbox One Titanfall pre-installs will open before launch, confirms devNext