I just had the greatest weekend of all time. Ok, so maybe that’s a bold statement but when you’ve just spent two days experiencing some of the most anticipated games that will be hitting shelves by the end of next year, it’s difficult to label it as anything else. Microsoft’s Xbox Community Network (XCN) hosted The Gathering 2011 event over at The Wokefield Park Hotel in Reading for selected community sites and brought with them games such as Mass Effect 3, Tomb Raider and Batman: Arkham City. I got to spend around thirty minutes with each title and thought it would be nice to share with you what I thought about each of them.

The weekend began with a presentation from BioWare about Mass Effect 3. Sadly, some of what I saw I can’t share with you but what I did see was extremely impressive! I was shown two gameplay videos that demonstrated the combat and showed a more refined system that allowed you to give commands to your team mates a little easier. This also featured some of the new abilities such as the Omni-Blade, which is a holographic weapon on Shepard’s right arm. Depending what class you are playing depends on what type of Omni-Blade you will be using, a solider class uses a blade like hologram, Sentinels use a Bionic Punch and Engineers have a lightning based attack. As with the previous games, each enemy has a weak point but it’s just a matter of finding out how to find it and what type of weapon is best used in certain situations. One thing Mass Effect 3 doesn’t lack is a variety of different enemies, which really keeps you on your toes and has you assessing your battle plan on a regular basis and means battles don’t feel repetitive and boring.

As always you have a lot of choice in how the story will play out and all your characters from the previous games can come on over, but this time I was told your actions will have much greater effects on the galaxy. Although past players will be able to enjoy bringing their old characters to Mass Effect 3 and having a nice ending to their characters development as the game reaches the galactic war against The Reapers, this is also a perfect opportunity for new players to begin their journey without playing the previous games. One change that players should be aware of is the normal difficulty setting on Mass Effect 3 is more in line with the veteran setting from the previous games, which means any difficulties after that are going to be much tougher! I guess the final thing people are wondering about is how Kinect support is going to work in Mass Effect 3. Although I didn’t get to see it working, it seems that it will just be used for giving commands to your teammates and BioWare were keen to stress that this is not a gimmick and will actually improve your gameplay experience as you won’t need to pop into all the menus to give commands to your teammates as often.

After the delights of Mass Effect 3, Rockstar Studios stepped up and presented a gameplay demo of Max Payne 3. It’s been some time since we last saw a Mr Payne and things have changed dramatically for the poor fellow. Since losing his family he takes to drinking and eating takeout food while deciding what to do with his life after leaving the police force. After a run in with the mob, he flees New York City and ends up in Sao Paulo, Brazil, where he begins working as security for a wealthy family. As always things don’t go to plan and Max ends up being double crossed which leads him on a mission to find out the truth and a way out of Brazil. The game doesn’t entirely take place in Sao Paulo as Max will have flashbacks every now and then which help fill in the gaps of what happened since the second game.

The combat system is very similar to the previous two games; health doesn’t regenerate as Max is still hooked on painkillers and depends on them to be rejuvenated and bullet time is still a major feature that you will be using a lot. When you enter an area there will be a set amount of enemies that you need to defeat and they will all have a mind of their own and decide if they are going to hunt you down or wait for you to come to them. Even though there is plenty of cover in Max Payne 3 you won’t find yourself sitting behind it and it’s actually much easier (and obviously a lot more fun!) to run in guns blazing. When you take out your final enemy the game will automatically go into bullet time and you will see the final bullet kill of the unlucky victim. Rockstar also mentioned that if you looked closely enough you can sometimes read the serial number on the bullet – cool huh? Selecting different weapons is easy and uses the same weapon wheel that players of Red Dead Redemption are familiar with and the final kills are all different depending on what weapon you are currently using.

Personally, the best thing about Max Payne 3 is the environments and the characters you will meet on your travels. Rockstar stated that they actually built life size sets of all the levels found in Max Payne 3 so that they could accurately play out each of the scenes from the story and make sure everything was as near to real life as possible. Considering the scale of some of the levels we were shown this is some serious commitment, and it has really paid off as the level design is superb. Aside the obvious enemies you will encounter there are also some very interesting characters you will meet briefly in some levels, such as the crazy hobo that lives next door to Max and has spent his life looking into conspiracy theories while developing homemade bombs. You find all this out by simply entering his apartment that is so detailed you can figure out someone’s life all on your own. Max can also use the environment to his favour such as dropping buses on his victims or riding a crane’s hook into an unsuspected group of enemies.

Overall, Max Payne 3 looks to be a fantastic game and is due out some time next year.

To finish the first day off I got to see some new gameplay footage of Modern Warfare 3, which I sadly can’t talk about yet but what I can talk about was the return of the Spec Ops mode from MW2 and go into a bit more detail about the Elite service that will be launching with Modern Warfare 3. Spec Ops will feature the same kind of maps that fans of the previous game will be familiar with, where you must go from start to finish completing a variety of objectives such as not being seen by your enemies, finishing under par time or taking out a certain amount of enemies. The new feature is a mode where you must fight against waves of increasingly difficult enemies to see how far you can get. In these levels there are three boxes that contain weapons, equipment and the ability to call in ammo drops or extra troops to assist you.

You will find your typical soldiers, attack dogs and the occasional helicopter trying to kill you but of course there is one enemy that makes a return, which will give you a true challenge – The Juggernaut. As the waves go on and on you will find yourself, and your teammate if you have one, fighting off three or more of these at once and to make matters worse you will sometimes have to deal with riot shield guards and attack dogs that have C4 strapped to their backs. This mode is a really nice challenge and providing you have a decent teammate can last for quite some time and allow you to improve your skills.

The Elite service that will launch with Modern Warfare will allow players to track all their game statistics. When I say all I mean ALL of them! If you want to find out what loadout a certain player used against you in a match you can. If you want to copy this loadout and use it yourself you can do it with the tap of a button on either the website, your mobile device or the application that will launch for whatever platform you play on and the next time you load up the game the loadout will be there. Of course you can check your kills, deaths, what weapons you’ve used, which perks have worked in which situations and also where kills happen on maps by way of heat signatures. Basically, if you wish to improve the way you play you will want to check this out, and considering the basic model is free there is no reason why you shouldn’t. If you wish to gain some extra features such as being able to enter tournaments for prizes (you can win a jeep!) then you can spend £34.99 to do so. This also includes all the DLC that will be coming out for the next twelve months and you will even gain it earlier than the people who will have to wait for the official release.

With that, day one of The Gathering 2011 ended, but it was a fantastic day and all three games look brilliant. Look out for the second article where you can catch brief previews of Ghost Recon Future Soldier, Dragon’s Dogma and Hitman Absolution and much more! 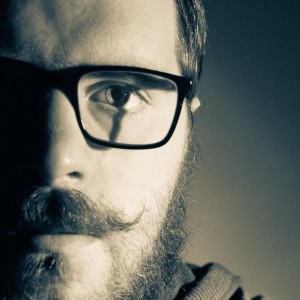 Tim likes games. Tim likes games A LOT. Itâ€™s highly likely heâ€™s played on most of the platforms that support games over his long years playing video games and is a sucker for new technology. He can often be found on his Xbox 360 playing the latest RPG or playing a wide range of multiplayer games with his buddies. While doing this however, heâ€™ll often have a casual game of Peggle running on his PC and making sure his planes are doing the rounds in Pocket Planes on the iPad. When heâ€™s actually not found playing games heâ€™ll either be at the cinema watching the latest film releases or at the gym attempting to get fit - attempting being the important word there
PrevPreviousXbox Live dashboard preview program registration opens
NextDark Souls ReviewNext