It’s a Snow Day – Games are my medicine

What with all the snow and ice around this last week there’s been even less reason to go outside in to the real world – a place of horror and evil at the best of times. So if you can’t face the chilly winds, what better way to spend your Snow Day than playing video games that have snow in them. 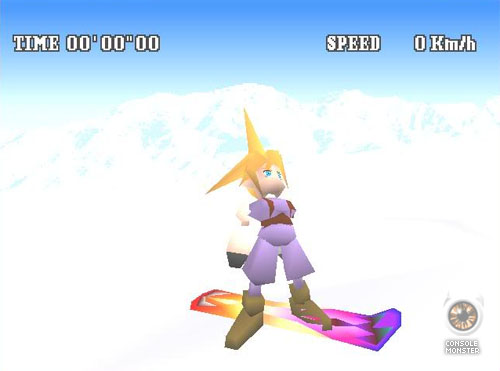 It’s probably possible to fit Final Fantasy VII in to pretty much any list, given its sprawling locales and epic story. After battling Shinra for several hours, eventually you will end up at Corral Valley on the way to the Icicle Inn; this is where Cloud Strife gets a chance to do a bit of Snow Boarding. Mini-games littered Final Fantasy VII and this was one of the more annoying ones, fortunately it didn’t last particularly long.

One of the launch titles on the Xbox360 it was a little overlooked, with people seeming to prefer Call of Duty 2, Kameo and Need For Speed Most Wanted. Amped 3 was more sim than the arcadey SSX series on the PlayStation, so it took a bit of practice to get the moves down, though it was dumbed down a bit for the third game of the series. Achievements were also trying to find their feet at Xbox360 launch, so there weren’t that many interesting ones to unlock. The game boasted quite a lot of content however and this can probably be picked up for £5 now – the only question that remains is, where has Amped 4 disappeared to? (Don’t hold your breath, the studio closed). 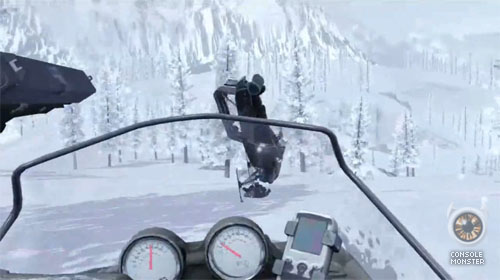 If climbing frozen ice mountains, creeping about in blizzards silently killing soldiers, blowing up aircraft hangers with C4 and escaping on snowmobiles is your thing, then the first level of Modern Warfare 2 was probably made just for you. That’s it really. 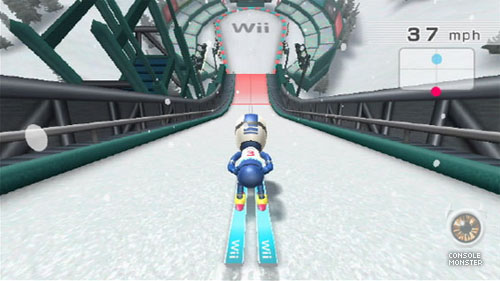 For Eddie the Eagle lovers everywhere, Wii Fit allows everyone to emulate their favourite sports failure by Ski Jumping, without the jumping or cold. You could of course open all your doors and windows and put a couple of fans on whilst you’re playing in your boxers, it might even add to the experience.

Another huge RPG, and probably the best of the JPRGs there have been on the Xbox360. The snow filled levels were a real drag though. The party gets split up, and the weakest of the crew (i.e., not the immortals) end up travelling down a monster filled abandoned railway line. The worst of it was the end of level boss fight which was exceedingly tough without the skills and hit points of the other characters. It’s a fabulous RPG even if it does have a few annoying bits, well worth picking up if you’ve never played it.

The Commodore 64 went through a spat of these mini-game sport collections over the years, from Summer, Winter, World to California Games. These Epic published titles were actually pretty decent, and Winter Games allowed you to speed skate, ski, luge and hot dog your way to success. Oh how old and awkward this looks now.

Plenty of driving games have snow in them, particularly if they feature any rally cars. Gran Turismo 5 hasn’t won the reviewers over completely; ConsoleMonster awarded it 8/10, partly because of UI and game design but also because it’s an extremely mixed bag in terms of looks. The snow levels in the rally stages are fabulous though, and the feeling of driving on them using a wheel is great – GT5 at least does the driving part right.

This is just a few I can think of, so if you have a gaming favourite with snow in it – let me know in the comments.