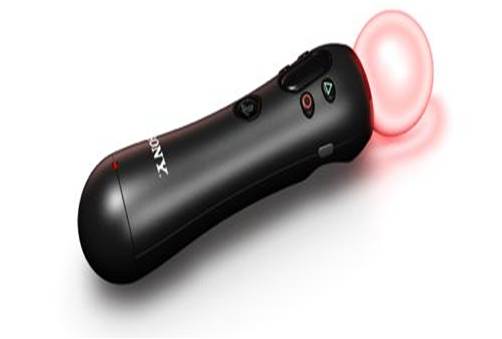 Nintendo have had the chunk of the motion control gaming market largely to themselves for a fair number of years now. There can’t be that many gamers who haven’t played Wii sports, striking at bowling and serving aces in the tennis. As fun as these games are, it never really felt like there was accuracy and finesse in the controls. Motion Plus has upgraded this somewhat and games like Wii Sports Resorts clearly show the improvements, but support for this little cubic add-on has been a little underwhelming.

Today, 17th September 2010, sees the release of Sony’s answer to gesticulation gaming in the form of Move. Sony’s solution on first glances appears to be very similar to the Wii proposition. It’s made up of a wand like controller and an optional navigation attachment, containing gyroscopes and accelerometers that allow calculation of movements across three axis planes. In addition to this there’s a glowing ping-pong ball that sits on top of the wand that is tracked by the PlayStation Eye camera. The end result is a motion system that is able to track on a one-to-one movement basis, down to sub-pixel level. It works exceedingly well.

The most remarkable part of all is a total lack of lag. Movement is tracked instantly and calibration takes mere seconds with no need to put the controller down because it’s gotten dizzy part way through a session, as is sometimes needed with motion+.

Of course none of this would be of any use at all without a few games to play on the system. This is where Sony (and Microsoft) are playing catch-up to Nintendo. With a four year head start, there is a massive library of games on the Wii, so anything at the Move launch was obviously going to look like a copy-cat, jumping on the system’s success. Launch titles available with the controller are Sports Champions, Tiger Woods PGA Tour 11, Racket Sports, Resident Evil 5: Gold Editions, R.U.S.E., Start the Party!, Eye Toy Pet, NBA 2K11 and Kung Fu Rider. There are also a couple of PSN games, namely Flight Control HD and Tumble, along with Hustle Kings and High Velocity Bowling which have received free Move compatibility patches.

On the face of it the launch line up is a little scant, however there are a good number of titles readying for release over the next couple of months. Sony, it would seem, wanted to get the jump on Microsoft’s release of Kinect, sticking its flag firmly in the ground a month ahead of that hardware. Of all the games currently available, Sports Champions and Start the Party! are titles that stand out the most.

Sports Champions, or PlayStation Sports as it’s likely to be monikered, is the inevitable mini-sports collection of games that always seem to translate very well to motion control. On offer here are Archery, Beach Volleyball, Disc Golf, Gladiator Duel, Bocce and perhaps the most pleasing of all, Table Tennis. Playing this just feels absolutely spot-on, and I was able to slice, smash and top spin the ball just as I can when playing for real. There is certainly something to be said for having a controller in your hand when playing a title like this, it gives a greater sense of involvement to the game, more feel for the interaction than simply you are the controller – as seen with Sony’s EyeToy games, their previous alternative controller outing.

Start the Party! is a collection of mini-games that strongly shows off the augmented reality side of Move and does so with impressive results, if the odd bit of cheese. The title also shows off the exceedingly accurate one-to-one tracking provided by the wand, allowing the player to swat bugs with tennis rackets, paint the outlines of geometric shapes, shave the heads of unwitting humans and shine torches at ghostly apparitions. It’s definitely aimed at the multiplayer party get-together market, but there’s still some fun to be had on the solo play side of things.

Flight Control HD from PSN’s downloadable section, is a port of the successful iPhone game. The idea is to guide a number of wayward planes who wonder into your airspace, by directing them on a flight path to land in safety, avoiding collisions with other vehicles around them. The game can be played with the DualShock, but using wand makes this far more intuitive; and the precision of control makes it a joy to play. Things can get hectic very quickly, making single games relatively short – but it’s one of those experiences that lends itself to just one more go. Sadly there’s no trial version (please Sony, you need to sort this out), but at £4 it’s small potatoes and worth the risk you won’t enjoy it. I suspect you’ll be pleasantly surprised.

As day one impressions go, the Move has proved to be an impressive piece of kit. Taking the best bits of motion control and camera tracking to combine them in to a supremely accurate device and then layering this with some augmented reality. It has proven to be an initial success. Let’s hope Sony manage to keep up the momentum and are able to sit Move compatibility into the core games without making things feel shoehorned.

Things are looking good so far – colour me impressed.