For a while, light gun games on consoles were all the rage, with SEGA’s House of the Dead series and NAMCO’s Time Crisis leading the way. When plasma and LCD TVs became more popular, things broke as the technology was mostly fitted around CRT. With the advent of the Wii and now the PlayStation Move they’ve had a bit of resurgence. Time Crisis Razing Storm is one of the latest of such titles to reach the shelves and turns out to be a surprise hit.

Light gun games tend to be a little short-lived, taking only twenty minutes or so to complete the story, and often less than that to see a game over screen. Many were designed as arcade titles to munch through the pound coins as quickly as possible and much on offer here is no different. Yet Razing Storm will please the home console punter greatly as the game is full of options, and on top of that there are two other games on the disc to get to grips with. Three titles for the price of one; it’s a compilation that looks to be good value for money.

The first of the extras is Time Crisis 4 Arcade Edition and is the weakest of the three shooters on the disc. That said, there’s plenty of fun to be had blasting through terrorists as they try to take over the world using robotic insect technology. Don’t expect any deep and meaningful stories in any of these games; they’re the Hollywood equivalent of summer action blockbusters – mindless fun for a couple of hours escape. As the action plays out, there are number of sections across three stages that see the player firing handguns, semi-automatics, shotguns and grenade launchers at near endless swarms of foes, as the game leads you on-rails through the various encounters.

A careful eye has to be kept on the ammo level, making sure to reload at the right points – run out and you are very vulnerable until you reload. Rather than shooting off-screen to do this, it’s a matter of tapping a different button; it’s something that doesn’t feel quite right, especially if you’re familiar with how these games play in the arcade. It also seems at times that the reload doesn’t properly register, causing unnecessary loss of life and it is irritating, being decidedly unfair at points.

The second additional bonus is a title called Deadstorm Pirates, offering a Jolly Roger treasure plundering yarn, a game beset with some fabulous set pieces throughout. The four different levels available can be tackled in any order, and there are plenty of hidden extras buried within ready to be discovered. Oddly, unlike the two Time Crisis games that play off the BluRay, this requires a full install to the harddrive and takes up a few gigabytes of space. It’s worth the wait though as this plays slightly differently, allowing you to continually shoot your “Golden Guns” ammo unlimited, as hordes of the undead try and shorten your lifespan as fast as possible.

Fast is something that will become an often repeated word when playing any of the titles here. The screen pans about rapidly and enemies appear and move so quickly that it’ll make your head spin. Instant reflexes are needed to keep pace with the action and at times it can get a bit too much, especially when there are so many enemies on-screen you’ve no idea where to fire – and this can mean cheap deaths when enemies pop-up from cover. At points though it can be heart-pounding, and it certainly gets your adrenaline running.

The main meat of the event is within Razing Storm. It offers the greatest number of game modes and a polished and varied gameplay experience. The arcade and story modes play out very similarly to Time Crisis 4, but the enemies, especially the bosses, are bigger, badder and hit harder. Great mechanical monstrosities will engage you, and chances are destroy you completely if your aim is even the slightest bit off. This may infuriate some gamers as the boss fights can feel unfair – the technique is not to stop firing, even when enemies are going for cover. Lots of stuff in the environment is breakable or explosive, so the trick is to look for the advantages. Even so there are moments when you feel there is nothing that could be done – but the continues are in place to move you that bit further forward.

Along with the arcade and story mode, there is another option that is unrelated and engaging to play. Sentry turns the player into a prison guard with a scoped rifle who must stop escaping convicts from fleeing their cells. For some very odd and unexplained reason, there are militia wondering around the joint who can also be taken out, with bonuses for head shots at every turn. These levels are quick-fix hits, lasting less than a couple of minutes and the level is over when the player shoots one of the guards or all prisoners have either escaped or been killed. It’s a great addition to the on-rails shooting and highly competitive in the leaderboard stakes.

All three titles have a fairly straight forward calibration in order to get shot accuracy sorted – it’s simply a matter of pointing at a few positions on the screen and firing the trigger. The only downside here is that if you move your seating radically, it can begin to feel a little inaccurate, so make sure to calibrate in the poise you’re likely to be playing the game in, otherwise it’ll require going through the process again.

As is often the case with this genre, things get easier with a second player. All three support offline multiplayer action, but Razing Storm also offers an online mode to battle through. Difficulty shouldn’t be a problem to anyone as the compendium offers settings from Very Easy through to Very Hard. There are also plenty of continue credits if you do suffer death, and the more you play, the more are earned to help the player get that bit further in the quest.

Even though a single play through on Razing Storm, Deadstorm Pirates or Time Crisis 4 is very short lived, there is plenty of scope for replay – in fact to do well in the harder difficulties it’s a requirement to sit through the action several times, learning the enemy patterns and spotting the very handy power-ups that are generally missed the first few times.

What Razing Storm isn’t however, is a deep and meaningful experience – fundamentally each of the three titles in the package are simple on-rails, point-and-shoot play; the arcade roots mean such games are instant and quick. While it lasts it’s superb fun, despite the repetition and out of all of them Deadstorm Pirates is the most enjoyable. If you’re a fan of this type of game, there’s definitely plenty here to keep you satisfied for quite a while. 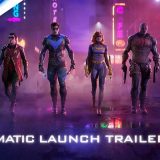 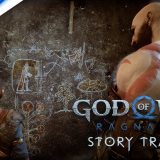 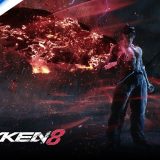 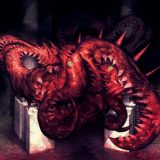 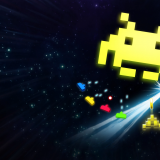 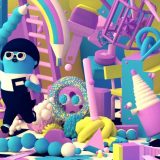 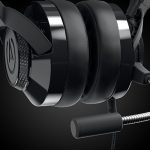