I’ve always been a massive sucker for the cyberpunk, neo-80s aesthetic. Until recently, it has been a fairly hard style to come by. But thanks to numerous creative arts turning back to the future vision from the 80s and 90s, it’s spiked again, which means loads of gritty, industrial, neon goodness for my eyes to feast upon. Cloudpunk is a visual love letter to this theme and art style. It bleeds aesthetics, and hangs its hat on the legacy of iconic themes that would be at home in the Blade Runner mythos. It sounds like the perfect storm for someone like me; but is it?

You play as Rania, a former musician who has just lost her job, home, and nearly her hope. Looking to start over fresh in the big, crowded city, she takes a driver job at the shady delivery company “Cloudpunk”. Told to pick up, drop off, and don’t ask questions, you’ll find yourself jetting around the city in a hover car while dodging other vehicles, drug deals, androids, and who knows what else. The job isn’t the best, or safest, but it pays.

The narrative heavy game play sees you taking things from point A to point B most of the time. You can purchase upgrades, cosmetics, and of course repair any fender benders that may occur. The controls are a bit strange at first, but once you get the hang of it, it feels right. It controls more like a boat than a car, and considering you’re literally hovering around the world, it makes sense. Of course it does get a bit repetitive; you’re forced to deliver each package on foot. This mechanism, however, leads to meeting and interacting with a slew of varied characters.

You’ll meet anything from a talking box, to an aging illegal street racer, to a DJ looking for mix tapes. The characters you meet, help, or don’t help, is what makes most of the game. Loaded with charm and bizarreness, the dialog between these characters is charming, smart, and weird. It’s different, and that’s great. A great example would be the main character’s virtual assistant. After getting used to her hover car, she loads up her own computer “personality”, which is either based off her dog, or is the actual conscienceness of the dog. Frankly, I don’t know for sure. The point is you’ll be talking to a good pupper throughout the game. Writing as though a dog’s thought process was dictating his words is incredibly charming and I now say all games should have this feature. At one point the protagonist asked the dog why he was nervous, to which he replied “I’m nervous, because you are nervous.” At that moment, this two dog owner’s heart melted.

You’ll find yourself often making decisions throughout the game, some of these choices really leaving an impact on the story and the world. I loved how the game doesn’t directly show what is the “right” choice. It feels more like you are making the choice you want, rather than the usual evil/good path.

The world is large; maybe too large. While I adore the visuals and design, the theme and setting does limit the range of landscapes logically possible. This leads to areas looking a bit too similar, making the game feel like one huge level rather than diverse areas and sections of the city.

Regardless, the visuals are colorful, glowing, and wonderful. While the actual character models are a bit more “simple” than I would like, it fits the whole of the game, and it’s fine. Loads of post-processing gives the game a “night life” feel, that with the pixel rainfall really gives it some extremely cozy vibes. Sadly, on the PS4 version at least, this also leads to frame drops every now and then. It is awful? No, the game is very much playable. Do I like it? No, it is noticeable and that’s disappointing.

Overall, CloudPunk is an interesting, well-written, and aesthetic journey. A journey most certainly worth your time if you enjoy lovely neon visuals, and oddball characters. It’s a breath a fresh air in both game play and narrative.

Introduced to video games when he was only five, after dying somewhere around four thousand times while playing Star Tropics, he never looked back. Some of his favorites range from titles like Shenmue and Metal Gear Solid 3 to Half-Life 2, Manhunt, and the Dark Souls series. Justin has a passion for vinyl records, and loves to collect video game memorabilia. If he had one wish, it would be to travel back to 1984 Miami.

TMNT: Shredder’s Revenge is my kind of pizza pie

OlliOlli World is a vibrant ride through the heart of skateboarding 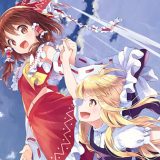